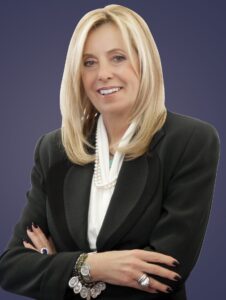 Ms. Schumacher-Tilton got her start in the auto retailing business unexpectedly in 1999 after her father passed away and her brother became gravely ill. She now operates six New Jersey franchises- five Chevrolet dealerships in Little Falls, Denville, Clifton, Livingston and Boonton, as well as a Buick dealership in Boonton.

Ms. Schumacher-Tilton is a past chairperson of the General Motors Women’s Dealer Advisory Council and has served on the Tri-State Chevrolet LMA Board for more than 15 years. She also currently serves as vice-chairperson of WASCO and holds positions on the Montclair State University Foundation Board, the Boys and Girls Club of Clifton, and the Passaic County 200 Club Trustee Board.

Ms. Schumacher-Tilton has been recognized by Ally Financial as an Ally Dealer Hero in recognition of her many charitable contributions, particularly the work of her family’s Give the Kids Hope Foundation, which supports recreational and educational opportunities for underprivileged children.

Among her many other accomplishments, Ms. Schumacher-Tilton was nominated by her dealer colleagues as New Jersey’s 2012 TIME Dealer of the Year and was ultimately named one of only four finalists for the national title. She was also honored by New Jersey Monthly as one of the 2013 Top Female Entrepreneurs and the New York Business Journal as a recipient of the 2015 Women of Influence award. Ms. Schumacher-Tilton has also been named one of the “Best 50 Women in Business” by NJ BIZ, and has received the Distinguished Women Award from Northwood University, as well as a Philanthropic Leadership award from Montclair State University.