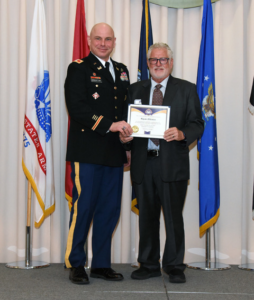 Wayne Hileman, President and Chief Operating Officer of Burlington Automotive was recently named Honorary Commander of Army Support Activity Dix at Joint Base McGuire-Dix-Lakehurst. According to Col. Wes Adams, Commander of Joint Base McGuire-Dix-Lakehurst, the Honorary Commander must be an individual with “outstanding character, integrity and patriotism” and is a local leader that can serve as a voice to spread information about the base and its mission.

“Members of the military service have put their lives on the line to protect the freedoms that we enjoy and I am truly honored to be named an Honorary Commander,” said Wayne.